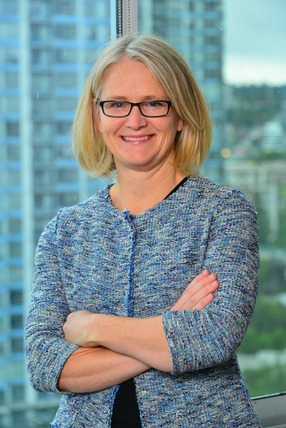 Sarah has over 20 years of experience practicing law in British Columbia and has engaged with Indigenous legal issues from all sides.  She has worked in private practice and in government, as a civil litigator and within the Specific Claims Policy process.

​Since 2018, Sarah has been a sole practitioner in Vancouver, advising and working with other lawyers and law firms, primarily those with Indigenous clients.
Sarah is also a legal historian whose study focusses on the intersection of land, Indigenous occupation and ownership of land, and settler law about land and Indigenous peoples.

In support of her graduate studies at UBC, Sarah was awarded the Law Society of British Columbia Scholarship for Graduate Legal Studies (2016) and the U.B.C. Allard School of Law History Project LL.M. Scholarship (2016).  Her thesis, Gilbert Malcolm Sproat, British Columbia Indian Reserve Commissioner (1876-1880), and the "Humanitarian Civilizing" of Indigenous Peoples, analyzes Sproat's Indian reserve-creation policies and, among other things, their relationship to "Indian title."  UBC awarded Sarah the Dean of the Peter A. Allard School of Law LL.M. Prize for her LL.M. thesis and studies.
​
Sarah is an author on Indigenous legal historical issues; one of her papers will be part of a forthcoming book from UBC Press to be entitled Land, First Nations, and James Douglas.  Her paper examines Governor Douglas's pre-emption and Indian reserve systems in the Colony of British Columbia and how probing his intention for his "land system" can inform our understanding of why Douglas did not pursue treaties in the mainland Colony.  Sarah presented her paper at a joint UVic/Songhees conference in February 2016 entitled, "First Nations, Land, and James Douglas: Indigenous and Treaty Rights in the Colonies of Vancouver Island and British Columbia, 1849-1864".

Sarah maintains a strong interest and expertise in both historical matters and contemporary legal developments in relation to Indigenous land issues in Canada.  In March 2018, she became the author of the chapter, "The Crown as a Fiduciary", in Government Liability:  Law and Practice (eds. Karen Horsman and Gareth Morley), Thomson Reuters (looseleaf).

In May 2019, Sarah reviewed Jim Reynolds' book, Aboriginal Peoples and the Law: A Critical Introduction (2018) for the London School of Economics Review of Books.

Sarah also has been a sessional faculty at Thompson Rivers University Faculty of Law in Kamloops, where she taught Aboriginal Law in Fall 2018.